The oldest church in the State of Goiás was rebuilt after a fire that almost completely destroyed it.

The Arraial das Minas de Nossa Senhora do Rosário, currently Pirenópolis, was founded on October 7, 1727, by the miners who settled here in order to explore the gold potential of the banks of the Almas River.

The construction of the church that would be consecrated to Nossa Senhora do Rosário began in the year of 1728, being built using a mixed system of mortar, adobe, stone and wood masonry.

To reach its contemporary appearance, the church underwent several additions and alterations. In 1758, the floor of the chancel was laid and, in 1761, the altarpiece and the four windows of the chancel were built, in addition to the access doors to the sacristy and consistory. The “camarinha”, a space located behind the chancel, was added in 1763, the year in which the Brotherhood of the Blessed Sacrament decided to build a second tower, probably the left tower (east side).

The paintings on the frontispiece of the main altar were executed in 1766, by Reginaldo Fragoso de Albuquerque. To increase the chancel’s space, in 1769 the main altar was set back. The two statues of angels with trumpets and the curtain that make up the arch of the crossing were made in 1770, in wood carving. In 1771, the original bell was recast by the master Manuel José Pereira. In 1803 the bell was installed, which was recast in 1939 (the same one that remained until the 2002 fire). English botanist William John Burchel (1823) toured the region and recorded the church with towers taller than the current configuration.

In 1832, major repairs to the Main Church were deliberated, which in fact only took place in 1838, with the collapse of the roof over the main altar’s arch, thus initiating the renovation carried out by Commander Joaquim Alves de Oliveira, when the church began to acquire its contemporary feature.

Between 1863 and 1864, the church’s ornamentation, the painting of the main chapel’s ceiling and the vault of the throne were carried out by the artists of the city of Inácio Pereira Leal and Antônio da Costa Nascimento, assisted by the young Francisco Herculano de Pina.

The Matriz clock was installed in the bell tower in 1866 and was replaced by a German-made pendulum clock in 1885. In 1936 the bicentennial pulpit was demolished.

The Parish Church of Pirenópolis was declared a National Historic and Artistic Heritage in 1941. Between 1973 and 1986, SPHAN (now IPHAN) carried out several repairs to the building.

In colonial style, the matrix has the foundations of masonry (stone) and the walls made of rammed earth (pilão) (clayed clay). Only the highest walls of the towers are made of adobe (brick baked in the sun). On the front, the rammed earth is reinforced by a wooden cage (aroeira), externally and internally.

The church was built so that, at any time of day, the sun shines on its façade. The tower on the east side was built in 1763. Until that time, there was only the tower with the bell.

Our Lady of the Rosary – Patron Saint of Pirenópolis

In wood carvings with gold laminations, the five magnificent altars express the skill and patience of the emeritus carvers and cabinetmakers of the 19th century.

The main altar, built in 1761, expresses the typical appearance of a simple baroque, as well as the parsimonious use of gilded ornaments. It comprises a central throne, which displays the image of Our Lady of the Rosary, and two side niches, at half height, occupied by São Vicente de Paulo, on the left, and by São José, on the right.

The old statues of the Igreja Matriz, in wood carving, are of Portuguese origin. In 1773, the images of Santo Antônio de Padua, São Miguel and São Francisco de Paula were already on the side altars.

On the Gospel side, the collateral altarpiece is dedicated exclusively to the Sacred Heart of Jesus. The altarpiece of Nossa Senhora das Dores and the images of São Francisco de Paula, Santo Antônio de Padua and Santo Emídio can be found on the side altarpiece.

The crossing arch, framed by a red curtain fringed in imitation fabric, is flanked by two trumpeting angels and crowned by a gold-embellished medallion.

Between 1996 and 1999, the architectural and artistic restoration of the Matrix was carried out, with the participation of the Sociedade dos Amigos de Pirenópolis, under the guidance of IPHAN, through resources provided by Telebrás, via the Patronage Law.

The restoration process involved engineers, architects, restorers, foremen and workers who, linked by a healthy and fruitful coexistence, strived to constantly improve the tasks performed.

In addition to improving the technical-professional level, the absorption of local labor contributed to generating jobs and retaining resources in the city itself. From the very beginning, the construction site was open to public visitation, with educational exhibitions, organized with the aim of clarifying every aspect of the restoration process. The daily record of the stages of work and professional photographic documentation carried out at certain times, in addition to allowing complete monitoring of the works, generated significant images that became part of the Church’s collection.

The first works focused on the architectural restoration of the building, which was already heavily damaged by the action of time and predators such as termites, bees, marijuana bats and pigeons.

In order to consolidate the structure and neutralize the effects of the decay of the rammed earth, a technique of grafting the voids with masonry made of solid bricks locked together and embedded in the rammed earth was used. Barbed wire, placed between the bricks and attached to the wooden structure, helped, in some cases, to ensure greater adherence.

The wooden cages on the main and rear façades underwent a complete overhaul: deteriorated parts were replaced and metal angles were introduced to enable the reinforcement of structural joints.

Lining painting, lost in the 2002 fire

By removing several layers of plaster and repainting the walls of the chancel, it was possible to rescue a parietal painting possibly dating from 1863. The painting, a blue border ornamented with flowers, was restored in one section and replicated in the rest of the chapel. the lack of original references.

After the work of restoration of losses, chromatic reintegration, polychrome and gilding, the painting of the frontispiece of the main altar, originally done in 1766 by Reginaldo Fragoso de Albuquerque, regained its original integrity and coloring.

The restoration of the painting on the main chapel’s ceiling, originally carried out between 1863 and 1864 by the painters from the city of Inácio Pereira Leal, Antônio da Costa Nascimento, allowed us to rescue the beautiful central rose window dedicated to the patron saint.

The crossing arch, surmounted by a medallion, has been restored and all the wood carvings, including the four columns that frame the central niche and the tabernacle, have regained their original appearance.

The image of Our Lady of Sorrows was restored and placed on the side altarpiece so that, through her image, the sufferings of Mary could be remembered and venerated.

The image of the patron saint Nossa Senhora do Rosário, brought from Portugal in the 18th century, was renovated and returned to occupy the central throne of the main altar of the parish church that was consecrated to her.

On September 5, 2002 the church suffered a fire that consumed the roof and the entire interior of the monument. In the same year, emergency rescue work on the building began. The beginning of the restoration work took place in 2003 and, in 2004, the Canteiro Aberto exhibition was opened.

The Canteiro Aberto, an exhibition set up inside the Igreja Matriz Nossa Senhora do Rosário, allowed the residents of Pirenópolis and visitors to follow the restoration process, which began after the fire in September 2002.

Open to visitors on May 29, 2004 and running until January 17, 2006, the exhibition received a total of 35,000 visitors from all regions of Brazil and other countries.

Through explanatory panels, guided tours and observation of the building itself, an interesting heritage education work was promoted, where visitors could interact with the building, getting to know its historical, religious and social value and participate in the restoration through criticism and suggestions.

The Canteiro Aberto sensitized and moved many who visited it, with the beauty and grandeur of the building affected by the fire, leaving its visitors with great expectations for the completion of the restoration. 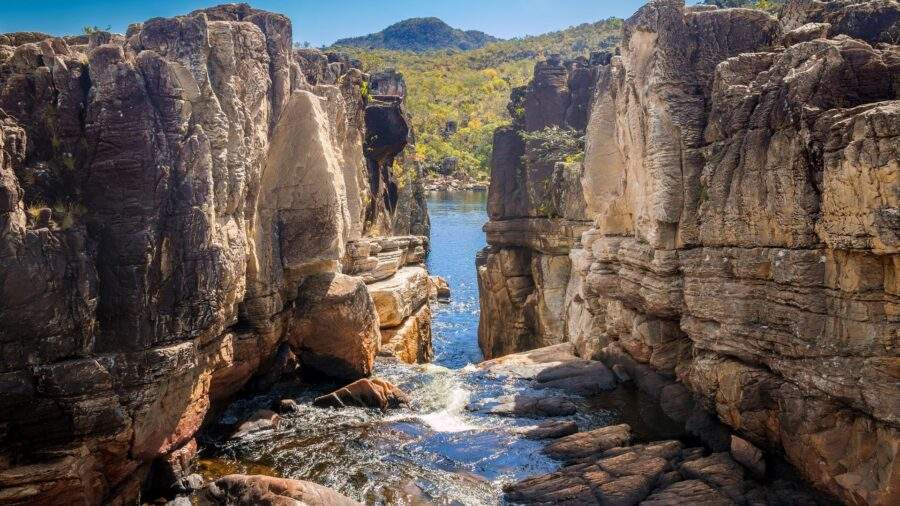 Chapada dos Veadeiros National Park is in the central Brazilian state of Goiás. It’s known for its d… 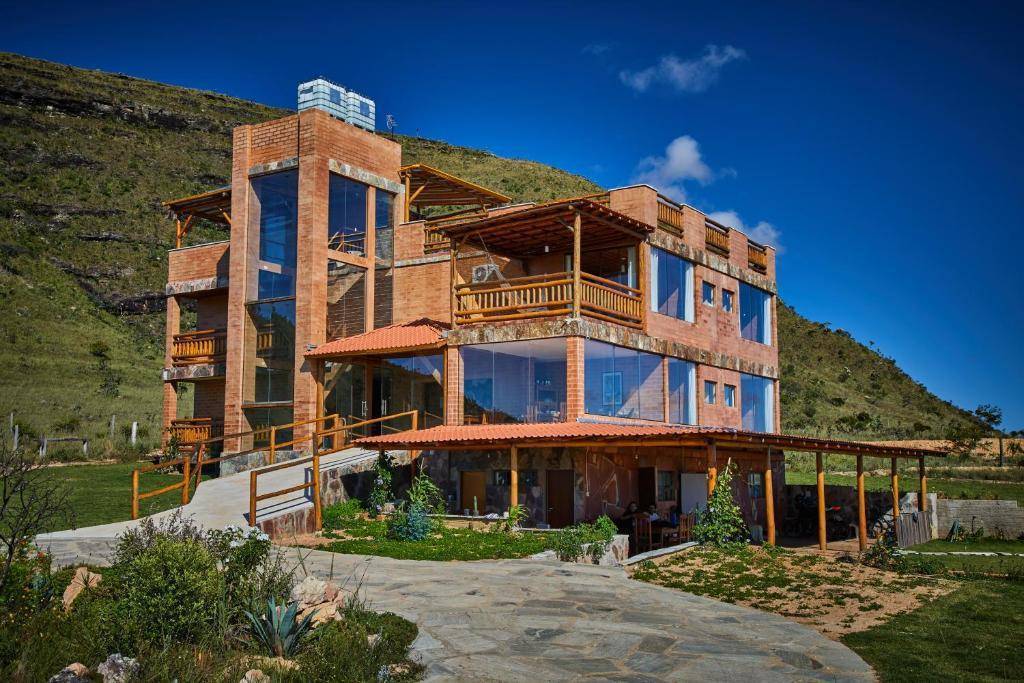 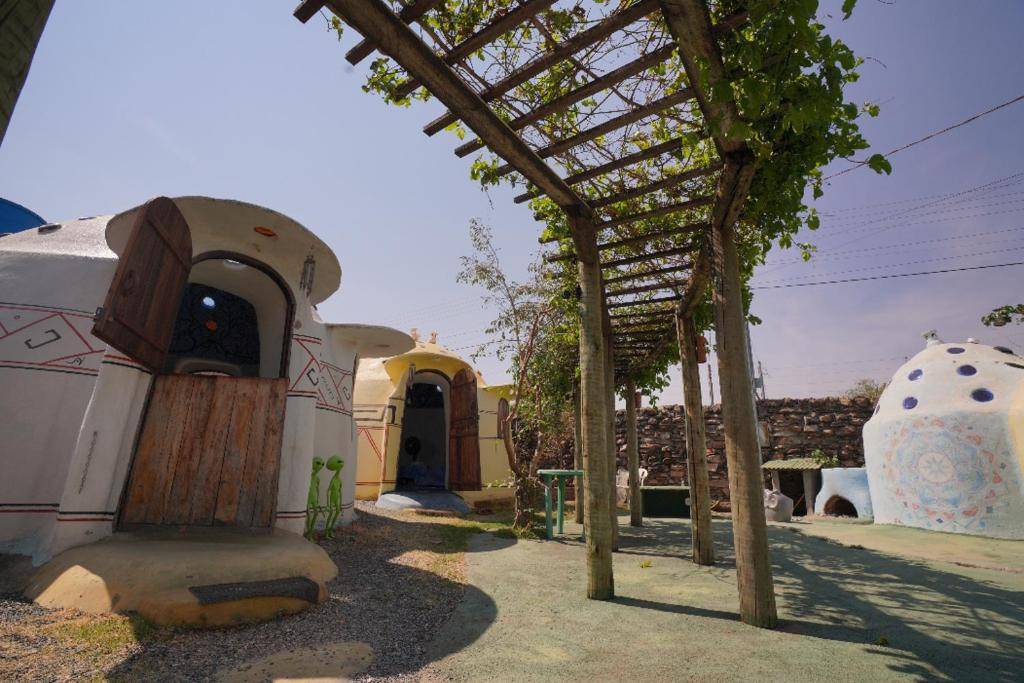 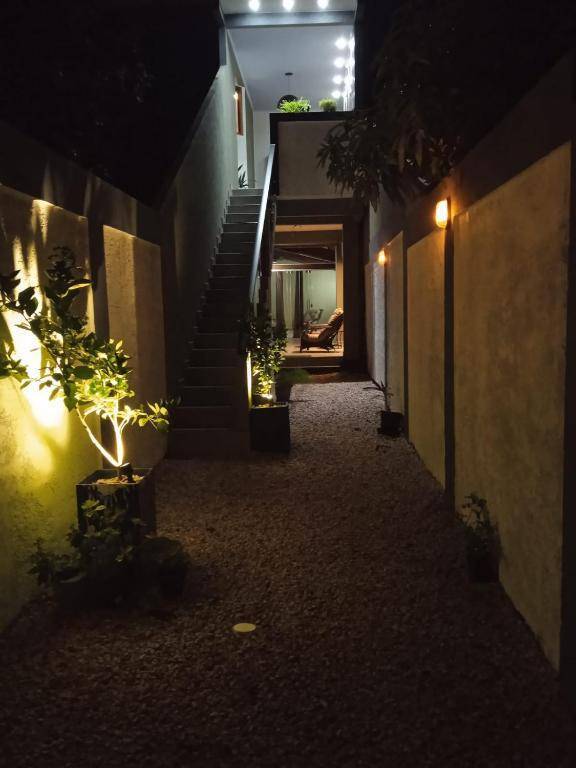